Add Docker to the Azure Function

To add Docker to the Azure Function, right-click the project in Visual Studio and click Add –> Docker Support. Visual Studio automatically creates the Dockerfile for you.

If you want to learn more about adding Docker to a .NET 5 project, see my post Dockerize an ASP .NET Core Microservice and RabbitMQ.

Build a Docker Container inside a YAML Pipeline in Azure DevOps

In Azure DevOps, create a new pipeline (or edit the one from my last post) and add the following variables:

Additionally, add DbUser, DbPassword, and QueueConnectionString as secret variables to the pipeline. These variables contain the database user and password and the connection string to the Azure Service Bus Queue. If you want to deploy your own Azure Function without a connection to other services, then you obviously don’t have to add the variables.

Next, add a job inside a stage and create a build version using GitVersion. If you want to learn more about versioning, see my post Automatically Version Docker Containers in Azure DevOps CI.

With the version number in place, add two more tasks to build the Docker container and then push it to a registry. In this demo, I am pushing it to Dockerhub.

The full pipeline looks as follows:

Save the pipeline and run it. 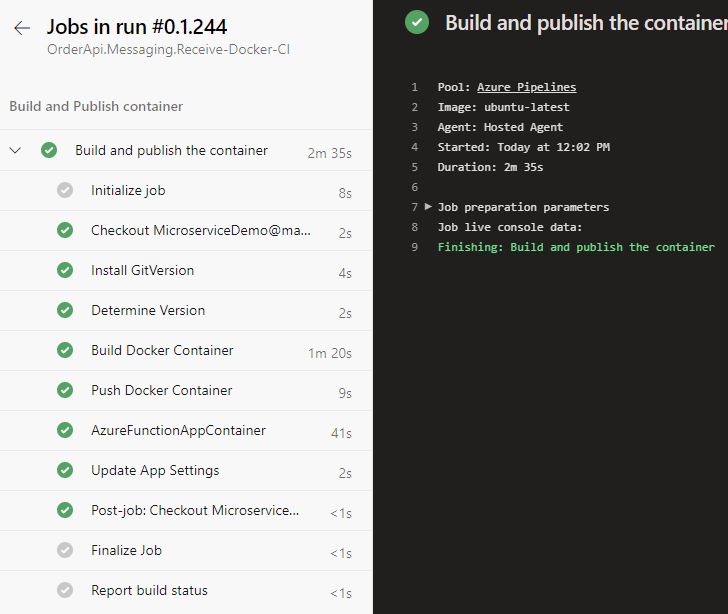 You can see the Docker container with its two tags on DockerHub after the build is finished. 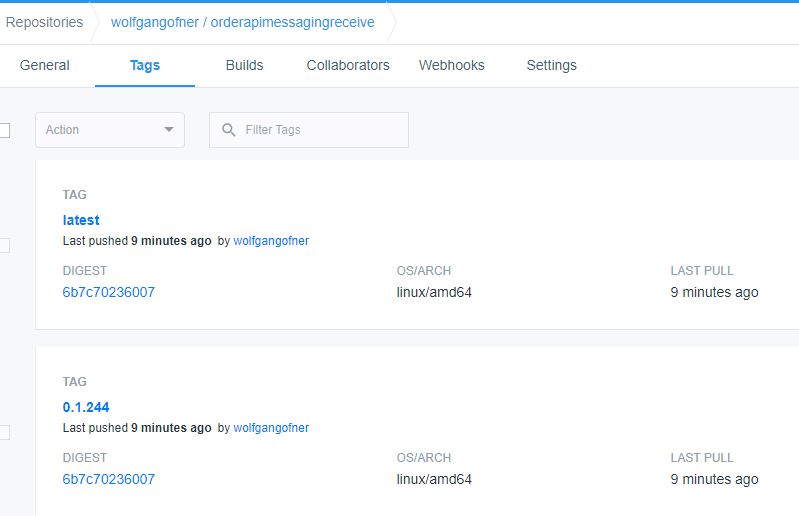 The Azure Function Container got pushed to DockerHub

This short post showed how to create a Docker container of an Azure Function inside an Azure DevOps YAML pipeline. The Docker image was published to DockerHub and then deployed to an existing Azure Function.

In my last post, I created an Azure Function that reads messages from an Azure Service Bus Queue and then updates a database. The deployment of the Azure Function was manual using Visual Studio. S...

Back in the day developers had to go through a lengthy process to get new hardware deployed. Often it took several weeks and then there was still something missing or the wrong version of the neede...