Today, some of my colleagues had a discussion about .NET Standard. Is it a new framework, an extension to classic .NET framework, or to .NET core? Confusion was great and in today’s post, I would like to shed light on the matter.

What is .NET Standard?

.NET Standard is a specification which defines a set of APIs which the .NET platform has to implement. It is not another .NET platform though. You can only build libraries, not executables with it. On the following screenshot, you can see that .NET Standard contains APIs from the classic .NET framework, .NET core and Xamarin.

What is .NET Standard (Source)

The following screenshot shows that it defines a set all APIs that all .NET frameworks implement.

The difference to Portable Class Libraries

Some of you might remember portable class libraries, which sound like .NET Standard. Both technologies have the same idea but a portable class library needs to be recompiled every time you want to use it for a different target. .NET Standard doesn’t have to be recompiled to be used for a different target. Check out the following screenshot to compare the differences:

Portable class libraries are deprecated because .NET Standard is better in every way and therefore shouldn’t be used anymore. 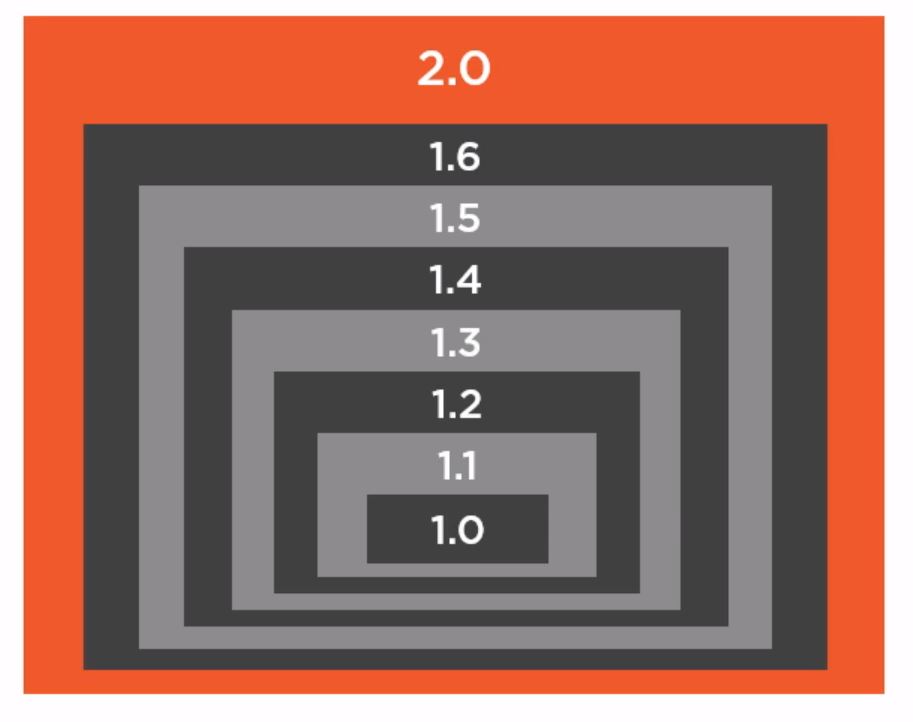 Every version is built on the previous one (Source)

Which Version to choose?

The best practice is to start with a high version number and implement all your features. Then target the lowest version possible. For example, start with 2.0 and then decrease to 1.6, then 1.5  until your project doesn’t compile anymore.

Find out which Version a .NET Platform implements

Microsoft has some great documentation about which .NET Standard version is implemented by which .NET framework version.

If you are looking for a specific API, you can go to https://docs.microsoft.com/en-gb/dotnet/api/ and search for it.

Version 1.6 has around 13,000 APIs whereas version 2.0 has already around 32,000 APIs which includes for example Primitives, Collections, Linq or Files

Migrating to .NET Standard just for the sake of migrating is not the best strategy. It makes sense to migrate if the heart of your library is .NET Standard compatible and if you want to use it on different .NET platform.

If you want to target multiple frameworks, for example, .NET Standard and .NET 4.6.1, you only have to change the TargetFramework tag in the .csproj file to TargetFrameworks and separate the different framework with a semicolon.

If you use multiple target platforms, you can use if statements to use different code, depending on your target framework:

Execute code depending on the target platform

In this short post, I explained the basics of .NET Standard and pointed out why it is better than the deprecated portable class library. Additionally, I showed how to migrate your existing project and how to target multiple platforms. For more information, I can highly recommend the Pluralsight course “.NET Standard: Getting Started” by Thomas Claudius Huber.

Getting to know the Startup Class of ASP.NET Core MVC

Every .NET Core web application has a Program class with a static Main method. The Startup class of .NET core is the new version of the Global.asax file. This class is responsible for starting the...

Middleware is the term used for the components that are combined to form the request pipeline. This pipeline is arranged like a chain. The request is either returned by the middleware or passed to ...

Some configurations like the connection string usually change on every environment your application is running on. Instead of hard-coding this information into your application, ASP.NET Core enable...